FREE SHIPPING ON ORDERS OVER $100 - DUTY NOT INCLUDED

Your cart is currently empty.

Rush is a masterful collection of Limited Edition watches designed by legendary mixed martial artist Georges St-Pierre (GSP) and myself, Ilan Srulovicz, CEO of Egard Watch Company, to honor a legacy as a lifetime martial artist and world champion MMA fighter. Egard & Georges worked for a over a year to create a revolutionary timepiece unlike any other on the market. 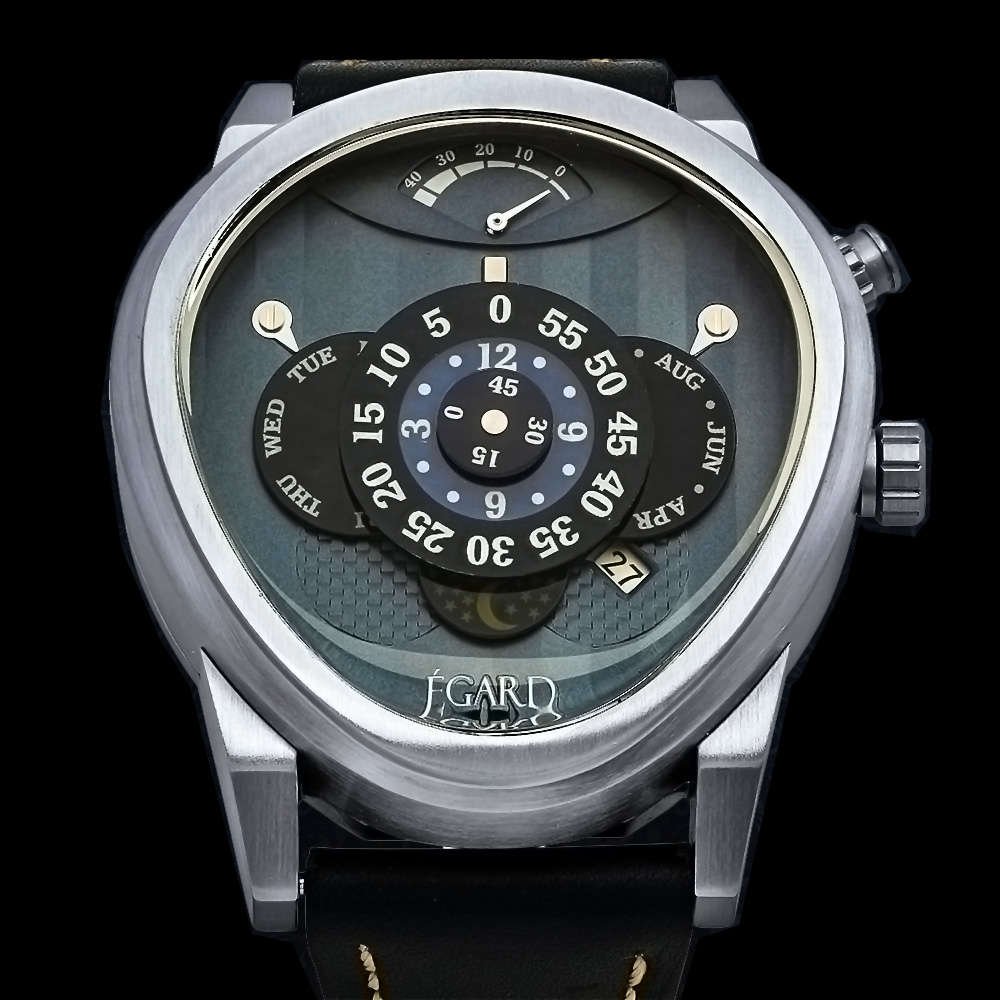 READ THE SPECS
Limited Edition to 5000 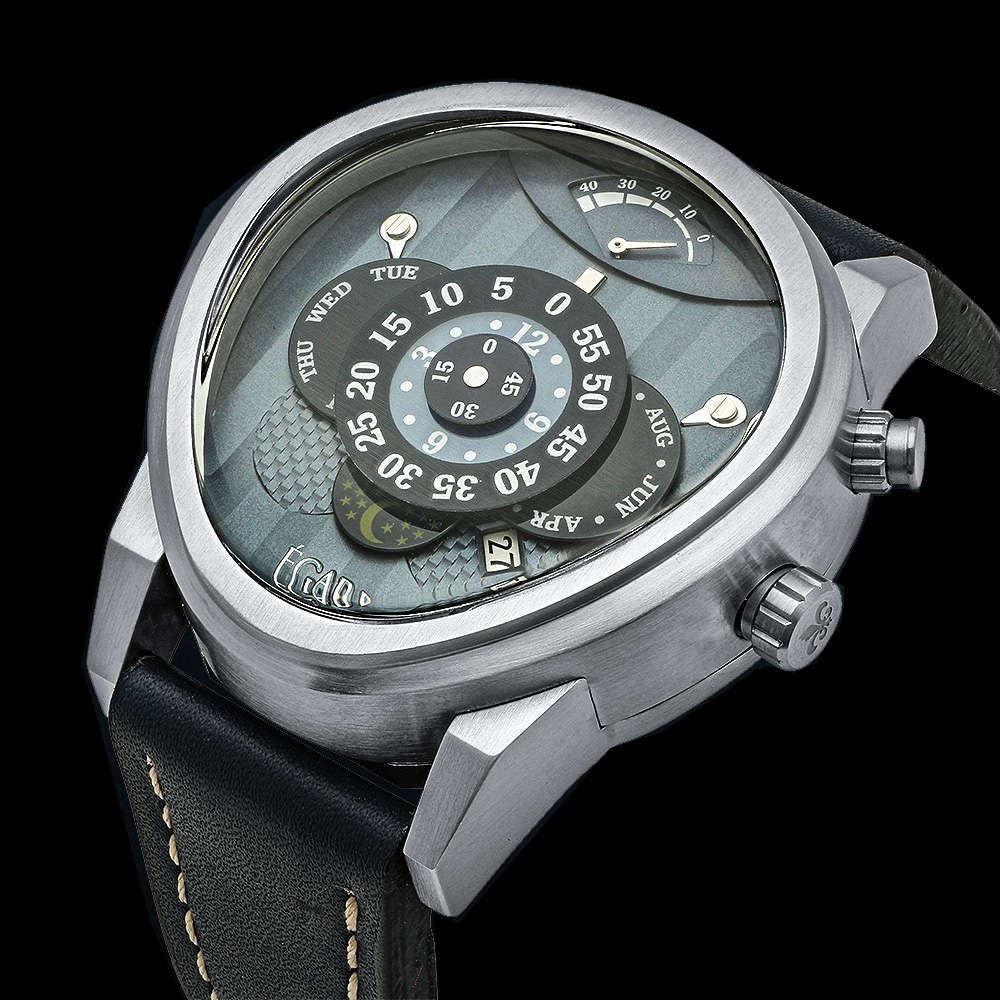 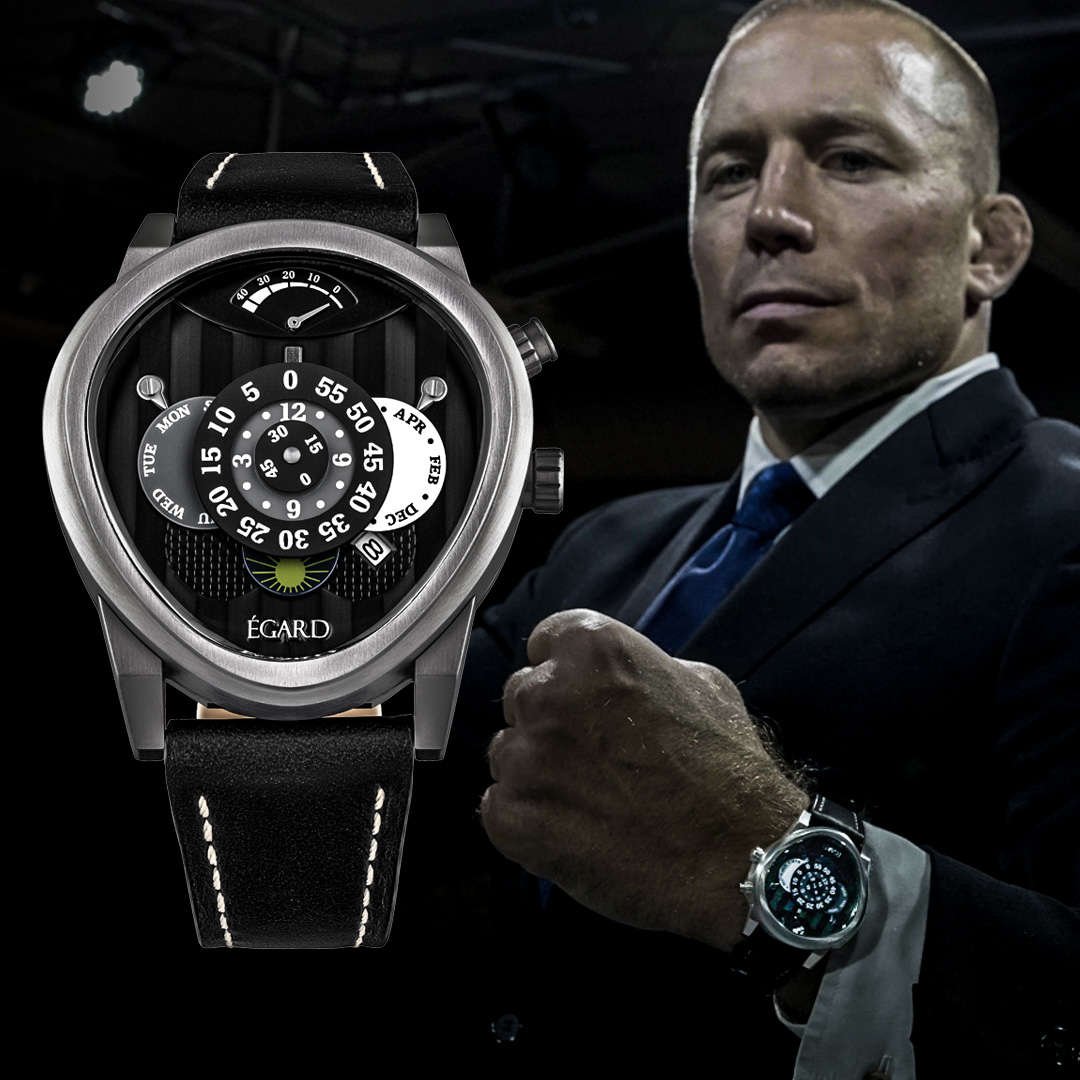 THE CONCEPT
Georges 'Rush' St-Pierre is one of the greatest and most accomplished fighters in MMA history, a legend. He is often cited as the greatest MMA fighter of all time and the most accomplished in history. Georges retired in 2013, holding the record for most wins in title bouts and the second longest combined title streak in UFC history (2,204 days). Georges returned to the octagon after
a four-year layoff, on November 4, 2017 at UFC 217 in New York City (Madison Square Garden), where he defeated Michael Bisping by submission in the third round to win the Middleweight Championship title, becoming
the fourth fighter in the history of the organization to be a multi-division champion.

Georges has always dreamed of creating a watch that symbolized his career as a lifetime mixed martial artist and UFC champion, so I reached out more than willing to help him realize this dream.
Thanks to the creative and design input from Georges, our collaboration is truly one of a kind and sure to become an iconic, limited edition collector's piece in the future. 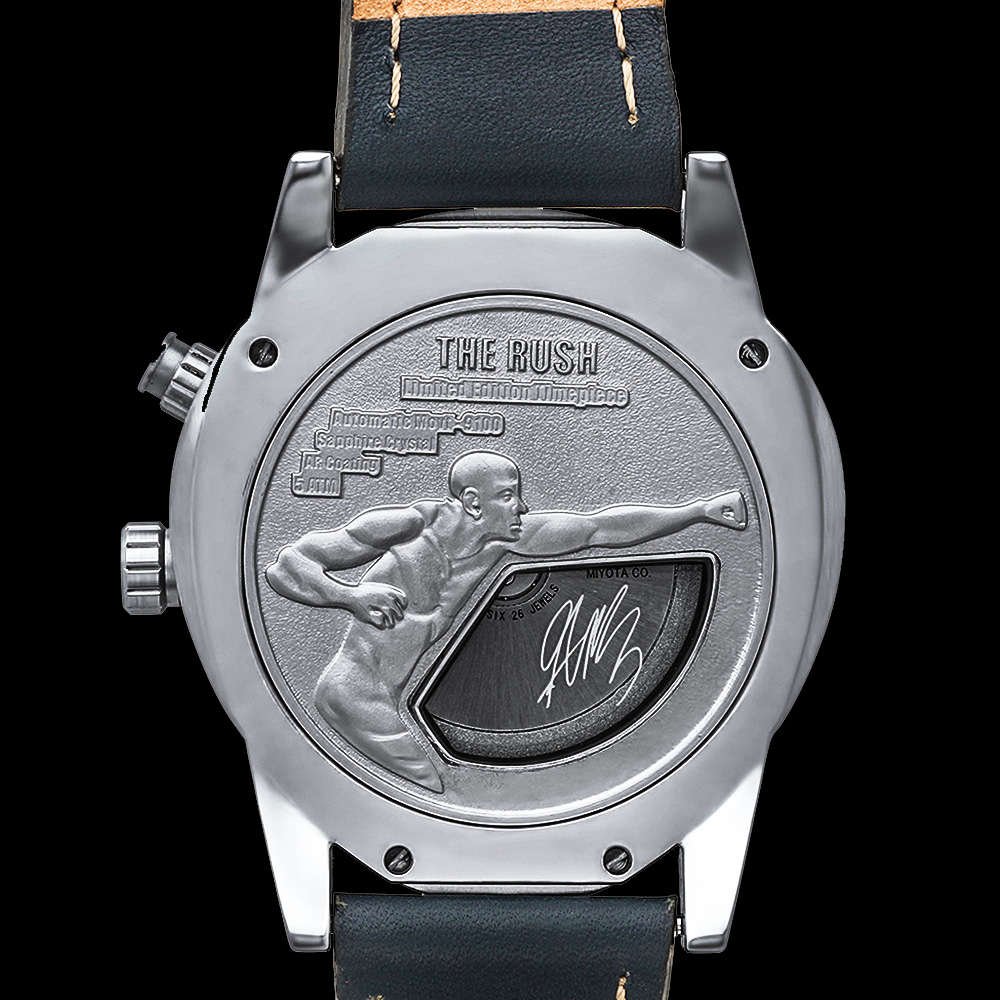 THE CASEBACK
An incredibly designed caseback to honor Georges St-Pierre. Features include GSP's signature along with limited edition numbering and an engraving of his iconic superman punch!

CURVED SAPPHIRE CRYSTAL AND CASE
The oblong case and crystal found on the Rush piece is a trademarked specialty of the Égard brand.

The sapphire crystal placed in the Rush is one of the most difficult crystal shapes to cut. The oblong nature of the crystal must fit perfectly in the case which is a challenge in itself. Our team spent over a year perfecting the technique of cutting the crystal perfectly. The crystal is curved on top and bottom. It has a curvature throughout the entire crystal as well to wrap the case.

The Rush has a two piece case. This allows it to be significantly sturdier and have much cleaner and stronger coating. The curvature of the case allows the 43mm case to wrap perfectly to any wrist.
How to tell time on the RUSH!
Collection overview